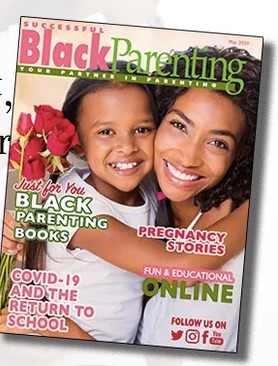 Successful Black Parenting, the first national magazine for Black parents, was established in 1993 as a print publication by founders Janice Celeste, MBA, formerly Janice Robinson-Lopez, and Marta Sanchez, Ph.D. and they brought it back in 2017 online.

Janice, an early childhood specialist, and Marta, a caseworker worked together at the Child Guidance Center, a division of the Children’s Hospital of Philadelphia where they assisted substance abused families and their children. Offering information published in mainstream parenting magazines, their parents said to them, “We don’t parent like this.”

"In addition, the lack of minority faces in parenting magazines was another issue and that’s when they decided to start Successful Black Parenting magazine. They funded the publication with loans and credit cards. The magazine won many prestigious awards and was well received by the community, medical personnel, those working with urban families and well-established advertisers. They soon realized they had just enough seed money to fail, only about $30k, and needed much more but didn’t have the connections to make it happen. They closed the magazine in 1998.

“Realizing that if we had the resources available today, back in 1995, we would have still been in business,” said Janice Celeste. “Marta and I lamented over the loss of the magazine every single time we spoke to one another even 18 years after it closed. It was our biggest regret.” That’s when they decided to bite the bullet and relaunch the magazine digitally. “This is what makes me happy, producing this publication,” said Janice.

“Hopefully the community will support it again and let everyone know that we’re back!”