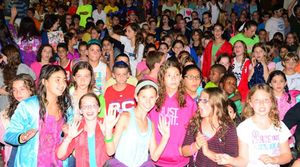 During the fiscal year that ended April 30, 2019, the Female Hebrew Benevolent Society enabled 52 children from 27 families to attend 23 different day and overnight camps.

Founded 200 years ago by the women of Congregation Mikveh Israel and guided by Rebecca Gratz, the Female Hebrew Benevolent Society remains the oldest Jewish charity in continuous existence in the United States. It is also the first independent organization established by Jews to serve Jews in the City of Philadelphia.

FHBS concentrates on four specific areas of assistance: emergency aid, including a small number of monthly stipends, personal emergency response systems for frail, elderly women, a pharmacy stipend program and camp scholarships. All cases are considered individually, taking into account any extenuating circumstances. Requests are filled as the treasury permits, often within a 24-hour period. Referrals come from communal professionals who screen the client to verify and prioritize her needs before making a recommendation to FHBS.

Note:  The above descriptive information came from the organization's About page.