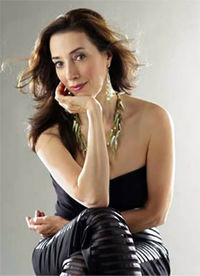 Phyllis Chapell started SIORA with a gifted keyboardist/composer/arranger named Dan Kleiman. They performed locally, regionally and then nationally and internationally, along with an ever-growing family of musicians. After the death of Dan Kleiman in 2010, Phyllis Chapell transformed and continued the ensemble. The players are among the finest musicians in the Mid-Atlantic region of the U.S., including Dave Posmontier on keys, Rob Swanson/Chico Huff/Kevin MacConnell on bass, Jimmy Coleman/Paul Jost/Doug Hirlinger on drums--and other guest artists, such as percussionists Jim Hamilton and Joseph Tayoun; Ken Ulansey on saxophone and penny whistle, Howard Levy on harmonica and wood flute, and many others.

In addition to CDs with SIORA ("SIORA", "Vis-a-Vis", "Vision of the Dry Bones", and "The Other Side of the River"), she has recorded 2 solo CDs called "World Songs" and "Voice in Flight"...and a project produced by Emmy Award-winning producer/composer Rodney Whittenberg, her 2015 release "Naked World". This CD features Phyllis Chapell on vocals and guitar, and an array of gifted musicians adding their own unique voices to the project.

Phyllis Chapell lives in the Philadelphia area and performs mostly in the Mid-Atlantic region.

on OtherNetworks
Day 3 of Peace Week 2021