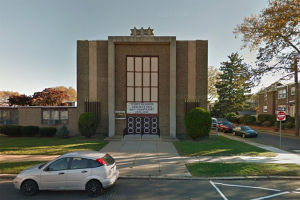 Temple Menorah Keneseth Chai was founded in 1925 by Miriam Magil Rubin in Northeast Philadelphia and in the beginning, the congregation, made up of merchants, met for religious services in the home of Morris and Fannie Pass, as well as in the homes above their stores. Eventually an old Acme food store building, located at Tyson Avenue and Walker Street, was found and used to hold services and activities. The members then sought formal recognition as a religious organization and called itself the Northeast Jewish Community Center.

Rabbi Abraham H. Israelitan became their spiritual leader in 1947 and as the Jewish community grew larger, the cornerstone of the new building was laid in 1951. The synagogue was completed and dedicated as Temple Menorah on November 9, 1952.

Through the years everyone worked hard to maintain the congregation and activities such as theatre performances, social dances, bridge clubs and member trips. Members volunteered at Frankford Hospital and started the "Cook for a Friend" project and even started a singles group that resulted in several marriages.

After the death of Rabbi Israelitan in 1987, the synagogue merged with Keneseth Chai under the direction of Rabbi Nason Goldstein and became known as Temple Menorah Keneseth Chai.