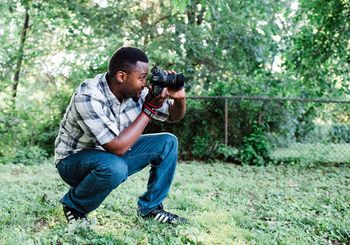 Thato Dadson is an actor, model, and filmmaker from Gaborone, Botswana. Raised in Newark, Delaware, Dadson would go on to graduate from Wilmington University with a B.A. in digital filmmaking and a minor in design. After modeling and appearing in films such as Common and Queen Latifa’s ‘Get Wright,’ Thato’s interest in what it was like behind the camera blossomed into a whole new passion. He started off as a production assistant for Positive Promotions in Newark, DE and later became the assistant director of Who?Mag Multimedia. His position at Who?Mag allowed him to work with some of the biggest names in entertainment, from Pitbull to Wyclef Jean. Thato brings his vast experience from the television industry to his present-day work. Despite his success, the married father of two has never lost sight of the importance of family. They inspire him to reach greater heights.

Note:  The above descriptive information came from Mr. Dadson's About Me page.